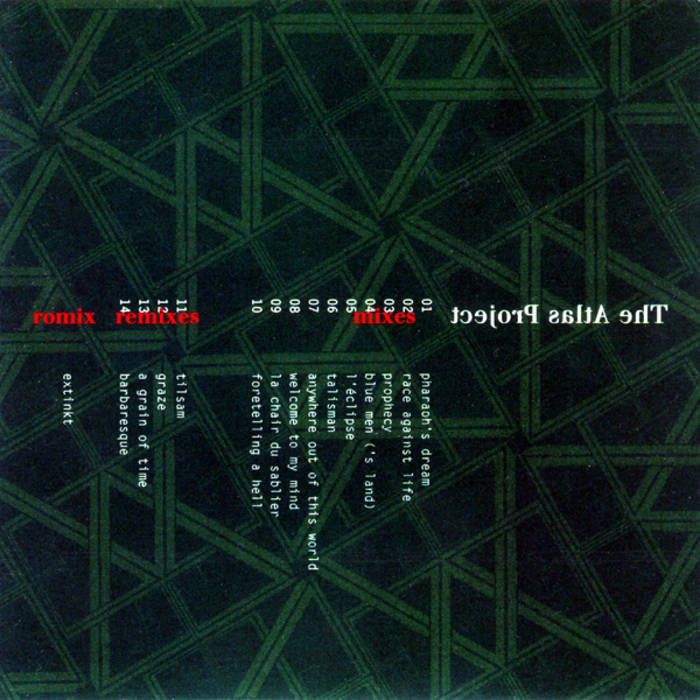 This is the first album of The Atlas Project.
This project started in 1993 with a few remixes from The Grief track in an oriental mood, Phil Von joined the project and material for an album was recorded but it never went until a final release.
Years later Prikosnovénie heard the rough mixes and proposed to release it as it is with some remixes.

The Atlas Project was :
Norscq : Composition, programming, recording and production.
Phil Von : lyrics and vocal
Hervé Guihard : additionnal saxophone on Blue Men ('s land)
Yahia Daoudi : ud and ney (unfortunately missing on this record)
The first ten tracks are rough mixes of the original cd project in 1993
The last five are remixes :
Tilsam by Matthieu Safatly
A grain of Time by Wild Shores
Graze by Fagus Silvatica
Barbaresque by Norscq
Pharaoh's Dream by Norscq (appearing on a sampler of the label)
Mastering by Norscq and Lilou
Photo by Adélaide Malluné
cover design by 932903y
1998 - Lytch / Prikosnovénie